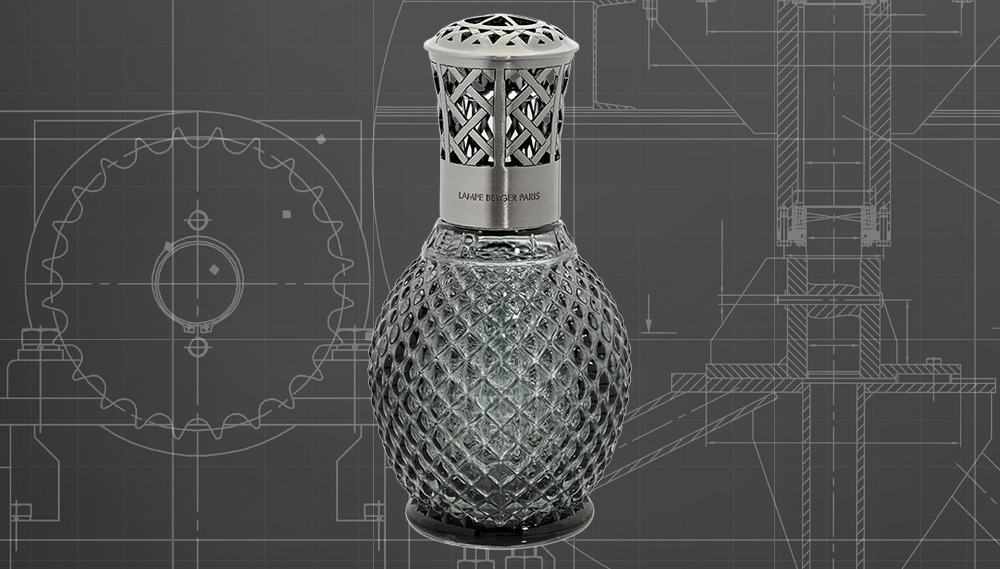 How Does a Lampe Berger Work?

Many people are intimidated by lampe berger, but it’s really not hard to use at all. Others have told us about safety concerns, but really using lampe berger requires the same caution and oversight as lighting a candle. The basics we always tell people are, fill up the burner 70%, let the wick soak for a few minutes, light the burner for two minutes, distinguish the flame with the cap, let the lampe breath for 20 minutes with out the cap, and then place the cap back on.

Once you start using your lampe berger regularly it will become easier and easier to remember how to use, for a detailed guide please continue on reading below:

Light the stone and wait at least two minutes before you blow it out. The catalytic burner will reach 140 degrees Fahrenheit, causing the combustion of an alcohol liquid fuel. This releases molecules into the air that capture and destroys odor, bacteria, and microbes.

When the ceramic catalytic burner’s platinum outer edge is heated, it attracts the molecules that cause odor, breaking them apart and preventing them from reforming. This turns the foul odor into a harmless molecule of carbon dioxide and water.

The catalytic burner emits a low-level of ozone as it purifies and oxygen is released into the air by moving large quantities of air via catalytic combustion. Catalytic conversion results in a continuous flow of fragrance. The process mixes the cool air of the room with the heat from the lamp, which speeds the function of capturing and changing the undesired molecules.

The Lampe Berger is better than candles and incense. Candles produce messy melted wax when burned. With the Lampe Berger, there is no open flame once you heat the stone. Candles create black soot when they burn, and emit high concentrations of formaldehyde, acetaldehyde, and acrolein, exacerbating respiratory problems.

Burning incense has been proven to cause asthma and coughing in young children. Studies show that burning incense can cause cancer, and when airborne it can reach the skin causing dermatitis.

When people ask, how does a Lampe Berger work? You can tell them it snatches the bad molecules and bacteria out of the air and annihilates them.

About the Featured Lamp: