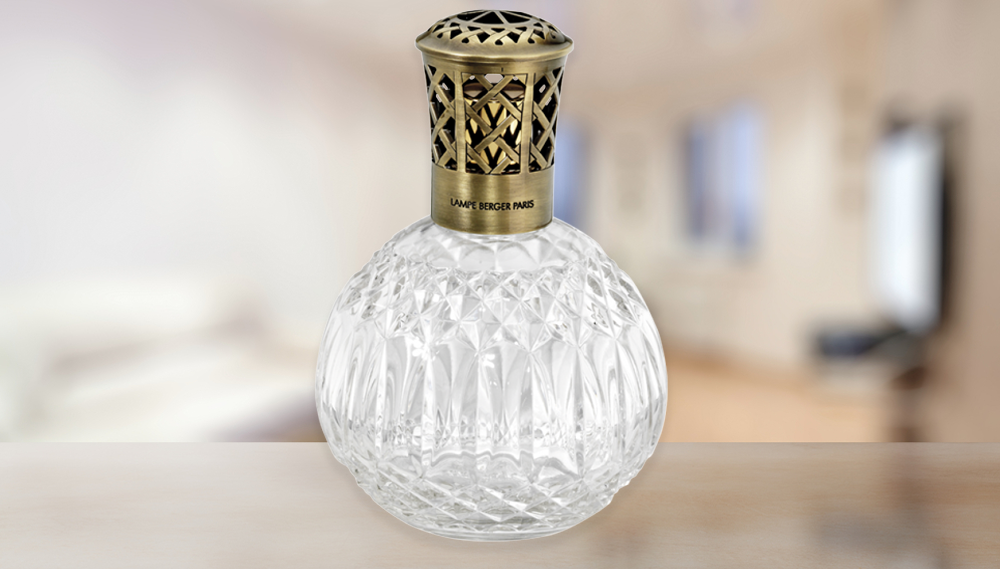 10 Things You Did Not Know Lampe Berger Can Do

If you already own one or more Lampe Berger lamps, then you probably know how the product is superior to scented candles, diffusers, and other forms of air fresheners for keeping the air in your home clean and pure. They reduce the amount of bacteria in the air and repel annoying odors. Did you know that LB also makes two functional liquids with all kinds of additional benefits?

For those of you who aren’t already familiar with the French-based company, let’s start with a few LB facts to get you up to speed.

When pharmacist Maurice Berger patented his invention in June 1898 in Paris, he intended it to be used for hygiene. Early users of LB were mortuaries and hospitals, places where it was essential to kill germs, get rid of unpleasant odors, and sanitize the air.

Jean-Jacques Failot purchased Maurice Berger’s company in 1927 and changed Berger’s unpleasant-smelling original formula to ethyl alcohol. When undergoing combustion, ethyl alcohol gives off the scent of apples. The public enjoyed the new, pleasant scent, and the business expanded to the consumer market.

The 1920s were the era of the Art Deco movement, and Failot was able to work with the period’s great lamp designers: Baccarat, Galle, Lalique, Sabino, St. Louis, and Theraud. By the 1930s, this beautiful and useful product was desired by consumers in other countries. There was a problem with exports, though, since ethyl alcohol was considered a perfume ingredient in many countries and was taxed as a luxury good.

In 1973, industrialist Marcel Auvrey purchased the LB company. His son Phillipe took over in 1989 and was finally able to branch out to New York. In 1998, LB returned to the tradition of using high-end design materials such as enamel, pewter, and opaline in its signature line, once again using famous designers to give its functional products a decorative touch.

A quick burn of your lamp can disguise all traces of cooking fish, stale air, or if you have pets and gone nose blind it’s amazing how clean it can make the air in your home or office.

• LB’s decorative lamps destroy bacteria and odor sources in the air. They can even destroy tobacco and cooking smells.
• Essential oils are dispersed into the air as part of the catalytic conversion process for a pleasant-smelling environment.
• The catalytic conversion process allows your LB lamp to clean the air and disperse the fragrance for hours at a time.
• LB’s lamps increase the amount of oxygen in the air.
• Unlike imitation liquids and some essential oils, genuine LB fragrances do not contain any carcinogens.
• You can mix two or more fragrances in your LB lamp, allowing you to customize your scent experience.
• LB’s long-lasting burners should last two years.
• In addition to the general benefits of LB products, LB offers two functional fragrances. One is its , and the other is the .

So Neutral does not have a scent. An LB starter kit usually comes with a bottle of So Neutral liquid and a bottle of Ocean Breeze, one of the company’s most popular scented liquids.

1. When you want to replace one fragrance that you’ve been using with a new fragrance, you can use So Neutral functional fragrance in between so you’ll the pure, full effect of the new fragrance. It helps prevents scents from mixing when you don’t want them to mix. The “old” fragrance will contaminate the wick, so you have to use So Neutral every time you change from one scent to another.

2. If your wick becomes clogged, you can use So Neutral to unclog it. Simply fill your lamp with So Neutral, light the wick, and blow it out as normal.

3. The So Neutral liquid can also be used to dilute a fragrance that is too strong. If you purchase a LB scent and find that it’s overwhelming, mix a small amount of the fragrance with a base of So Neutral.

4. When you want to kill bacteria and neutralize the air without adding any fragrance, you can always use So Neutral. For people who are sensitive to fragrances, this is the only LB liquid you need.

5. So Neutral optimizes the performance of your LB lamp, helping it last longer. This will save you money in the long run, as will buying So Neutral in the convenient one-liter size, the most economical way to buy.

Read our in depth review of So Neutral Lampe Berger Fragrance

Lampe Berger’s other functional fragrance in addition to So Neutral is called Summer Night. The scent used in the Summer Night formula is Ocean Breeze scent. Ocean Breeze has been described as the lightest and cleanest of the LB scents. This scent has amber, Cassis, jasmin, rose, and white musk overtones with citrus and wood notes. It can be mixed with So Neutral for just a touch of fragrance.

1. Summer Night is functional as an insect repellent as well as an air neutralizer, bacteria killer, odor destroyer, and room fragrance source. It repels ants, bugs, flies, and mosquitoes.

2. Not only does it repel mosquitoes and other insects in the home, but a lamp filled with Summer Night can also be taken outdoors to repel insects from the patio, deck, grill area, outdoor kitchen, or wherever you’d like to be free from insects bothering you. You could even transport it to the beach or picnic area. The Summer Night functional liquid is good for keeping insects out of campers and RVs, too.

3. Summer Night with Ocean Breeze scent is one of the functional liquids that’s available in the one-liter size, a better value for your money.

4. Within 30 minutes of catalytic combustion of Summer Night, up to 100% of insects are repelled.

5. Summer Night’s insect repellent covers an area of up to 400 square feet.

Now you know 10 benefits of Lampe Berger’s functional liquid formulas. Be sure to only buy genuine Lampe Berger products, as imitations may damage your lamps and make them unusable.